Svajp is a puzzle game where you draw your own blocks with your smart phone.

The block will fall down and hopefully fit with the board. When a full row is filled that row will be destroyed. When all the blocks are destroyed the level is cleared. The game needs you to focus and think of how each block should be drawn to fit the board.


For now it's only a Android game but there might be a iPhone version if there is enough interest. I also have a lot of ideas to add if the game gets popular. 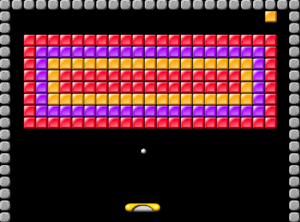 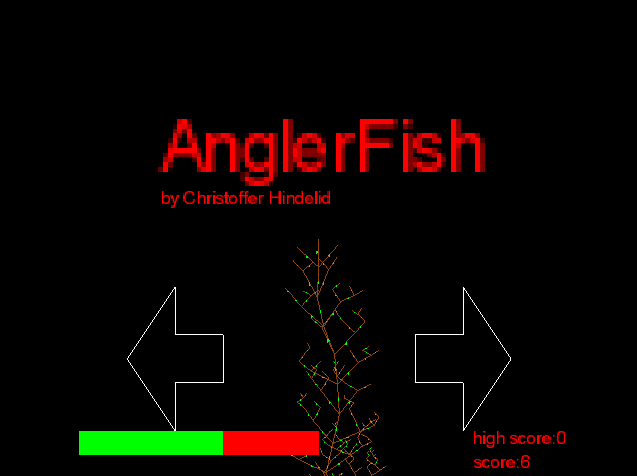 For all the projects above I been using libGDX

Been working on this game for 3 years. But the last couple of months I spent full time on the game, resulting in the stress level has risen since I really need to find some contract work instead. But this felt like the last chance to actually make a complete game from start to finish. If I didn’t released this I would probably give up on my old dream to create a completed game. I want to have something to look back at that is not just some unfinished project on my computer. I also want to actually finish a game till the end. My old coworkers has even stopped asking about the game since it was so long ago that I actually did quit my regular job to be able to create a game. But FINALLY it’s finished. :)

I live in Åre Sweden which is most famous to be Swedens biggest ski resort. Previously I been living in Gothenburg Sweden, but the love for snow, nature and mountains got me moving up here in 2017. But also that the girl I meet lived here :) I been working as a programmer since 2010 and took the step to quit my job 2015 to be able to create a computer game. The first game was far too big to for just one person, but I learned a lot from it and used my new knowledge to create Svajp instead.

Feel free to use these screenshots below unmodified to help promote the game. 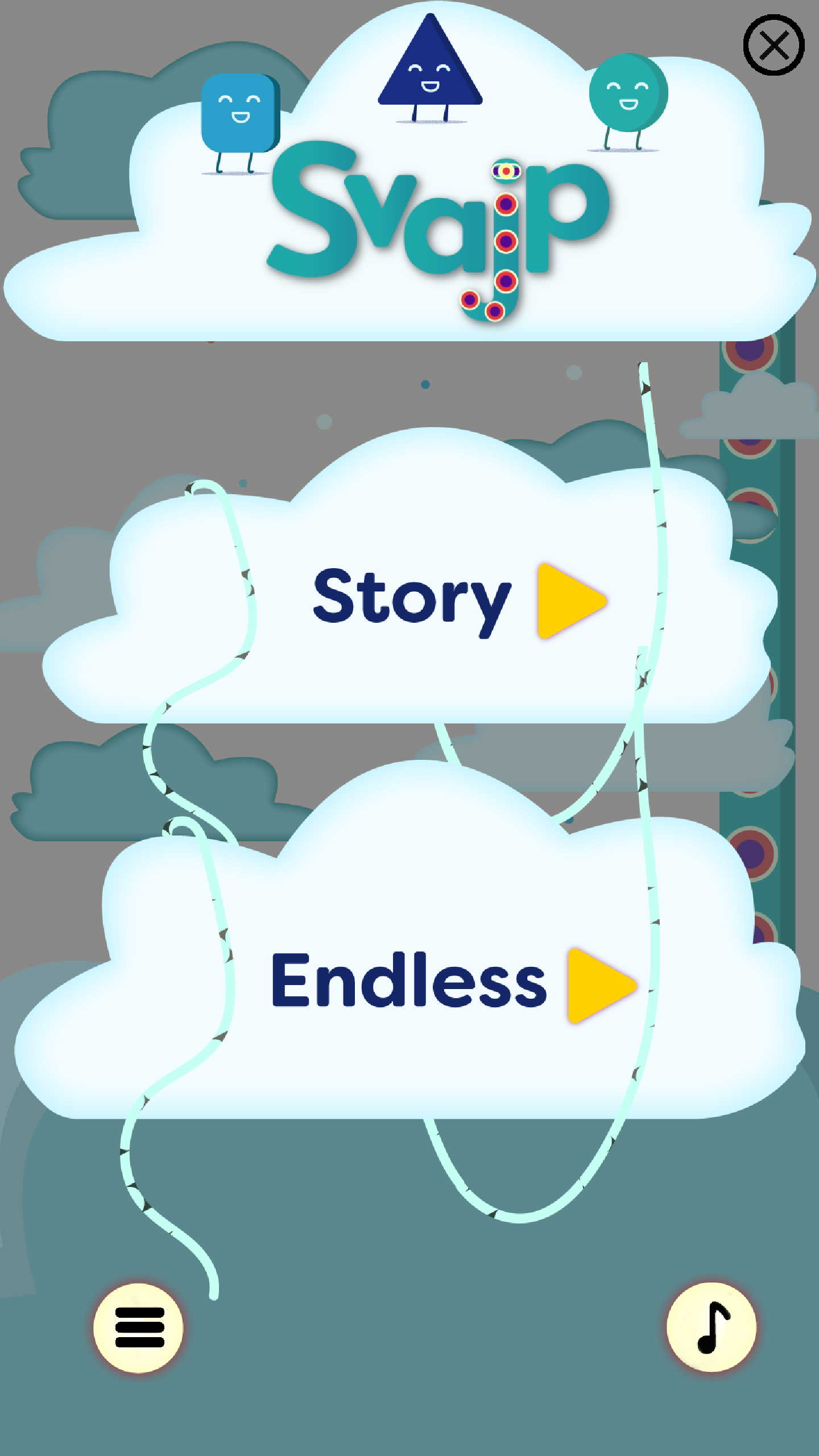 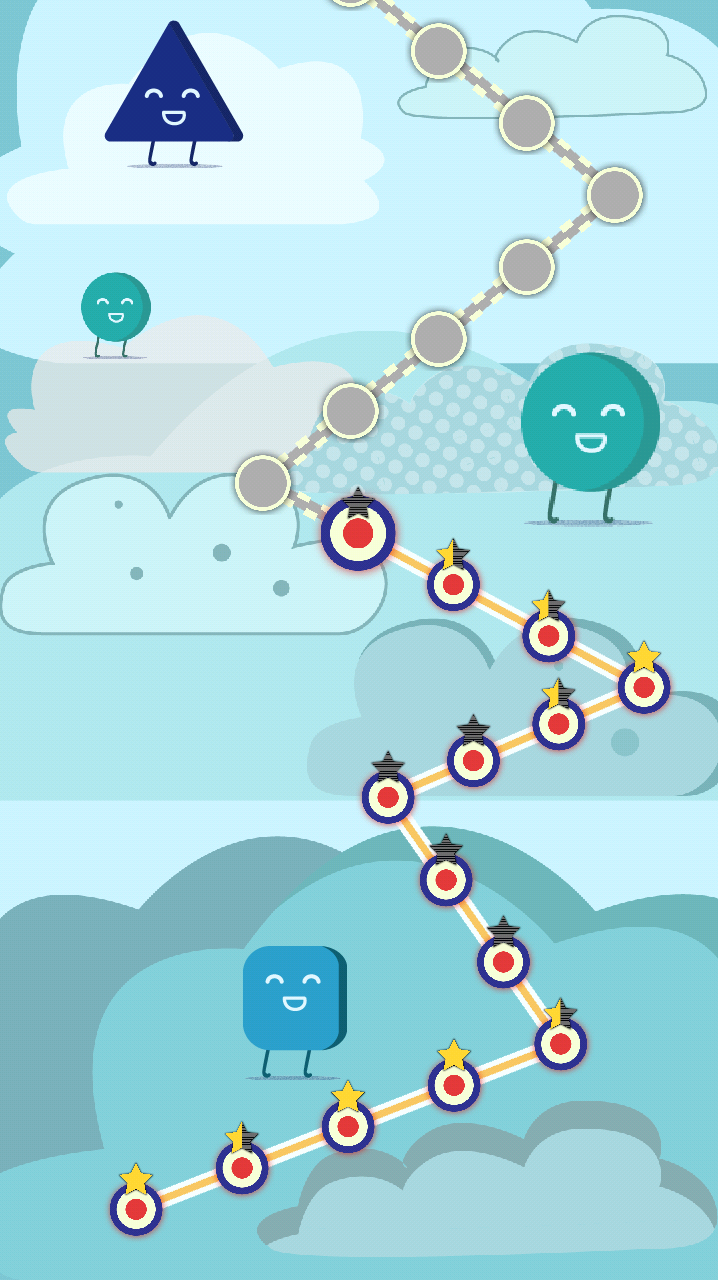 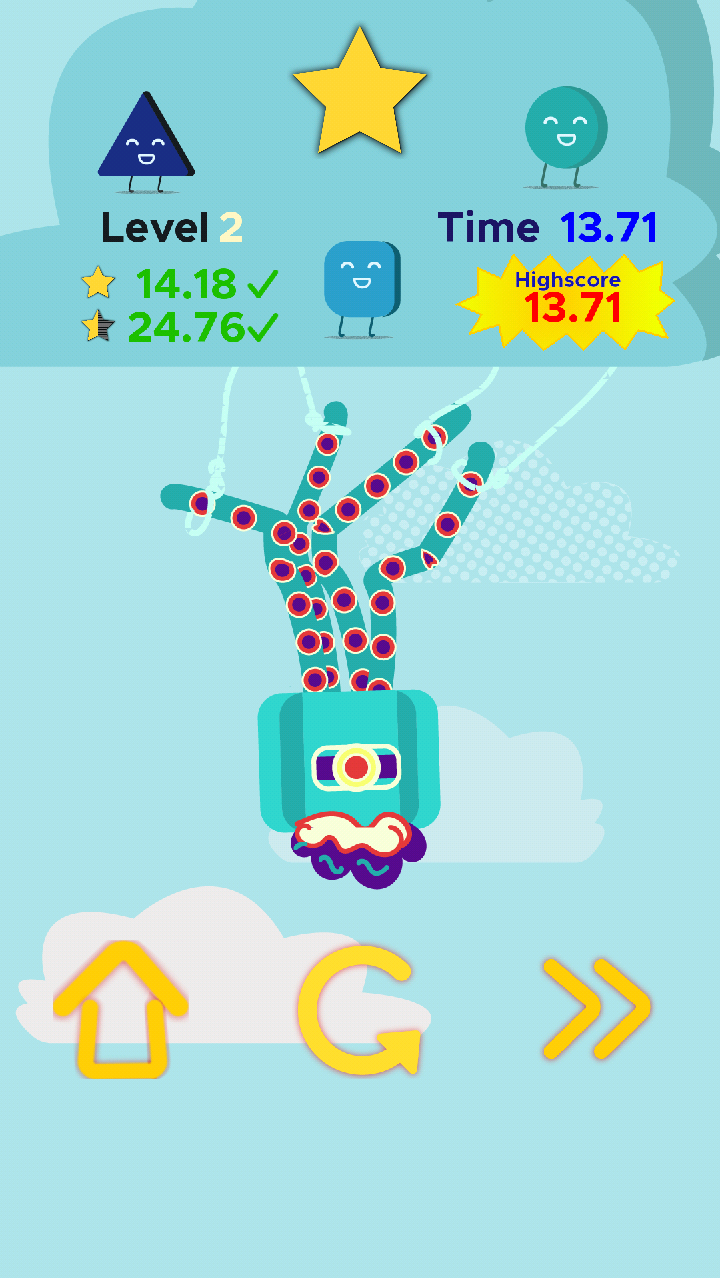 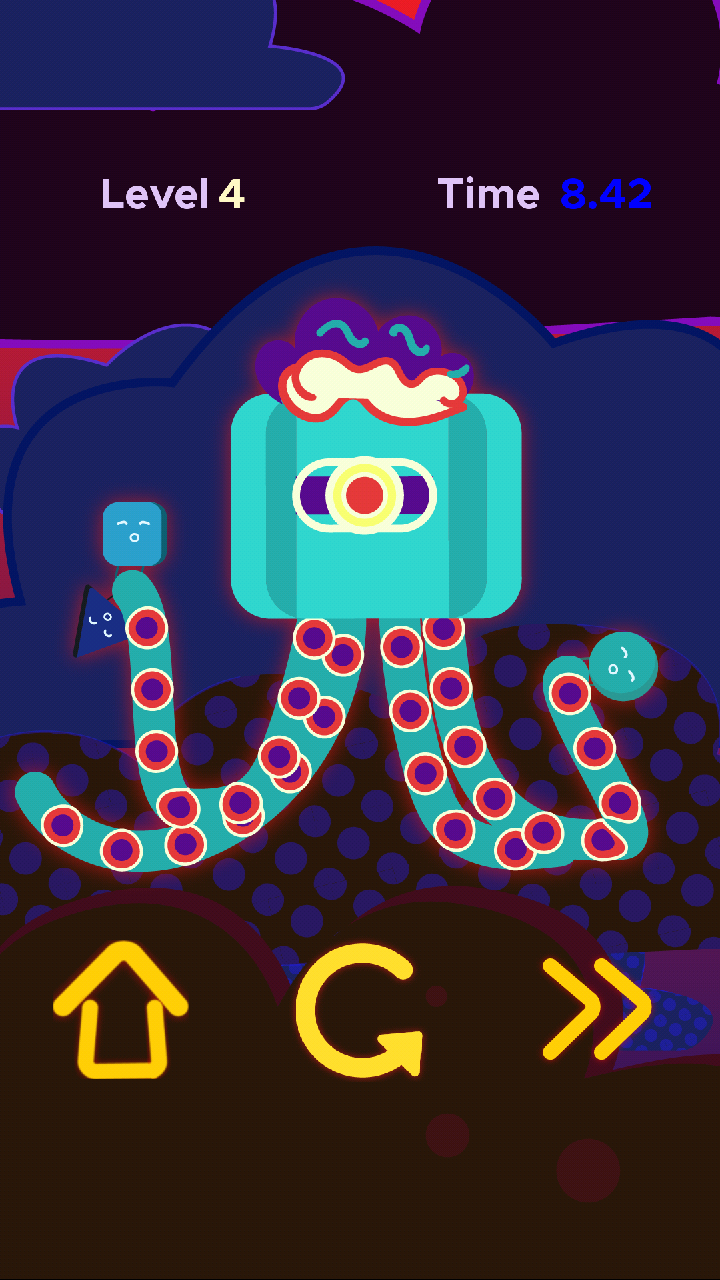 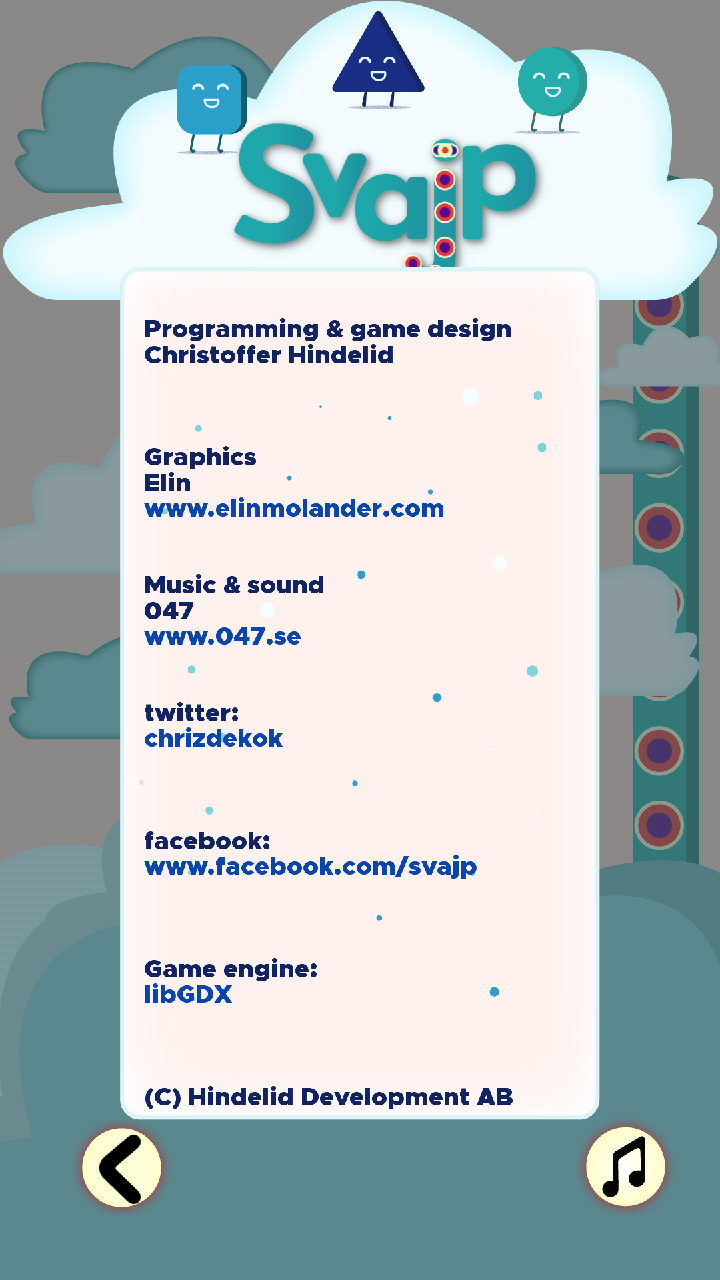 It's not the coding that takes time, it's the other stuff.
In the beginning you code code code and makes a lot of progress. Then later on you figure out which part works and which that doesn't. You make changes, try again and repeat. If one idea looks good in your head it's might not work at all when you have implemented it and trying it. After a while you have a acceptable game design. Then you start to make it more nice with small changes here and there. This takes a lot of time and meanwhile you find out many many other small changes that would probably be nice to implement. After a while you have a back log of 100 items. At some point you find out that you really need to draw the line some where and release it, after all it's only me that develop the game and I need to make some money from either this game or some contract work. Specially when you just got your second kid. Anyhow this is when you trying to finalize the product, a.k.a the last 5%. Make minor UI changes, bug testing, testing on different screen sizes and resolutions etc. Then you realize that there is a thing called GDPR that you need to handle since you are using ads within the game. I'm not a lawyer and haven't worked one second on this before. A lot of reading, frustration and contacting a real lawyer later I have a privacy policy and Terms of use. But this has kept my awake alot of nights because I really don't want to fail on that after all the hours I spent on the game. But after all this I needed to learn marketing which I haven't worked on a second before either. I read a couple a years ago that there is 1000 new games each day on Google play, don't know if this is true or not. But it's very easy today to create a simple game and release it. If you use a tool like Unity you get a lot for free. I used libGDX since I know how it works, but in retrospect I would probably be done faster it using some other tool. But on the other hand I like to have full control of the coding project which probably would take a lot of time to learn within Unity or such. But because there are some many games released for the smart phone today you really have to find your way to make yours visible. But even if this game just get 100 downloads I have learned a lot from it and if I have a couple of months available in the future I will try to make a new game. Now I know what it's like to take it till the end and actually release a completed game. After all I have one thing to check on my bucket list.

I have been working 9 years as a software developer in several different areas such embedded, android, web backend, etc. For the moment I'm looking for contract work.

I have always been fascinated by graphic and game programming in my spare time. But to be able to do anything on a larger scale, I did quit my regular job to be able to make a completed game. But since the game market is so flooded with games I don't count on making it as a indie game developer.

To finance my own product I’m looking for work as a consultant. So if you are in need of a programmer send me an email on contact@hindelid.com. Check my LinkedIn page for more info about my experience and previous assignments.

I AM GOD of my own game. The beauty of programming where you actually are
the God of the world that you are creating. #gamedev #programming 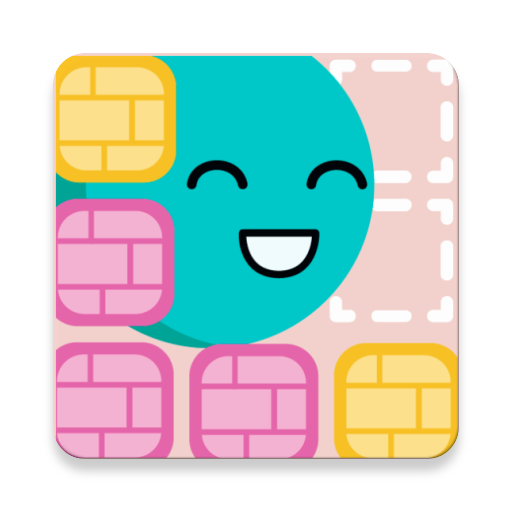